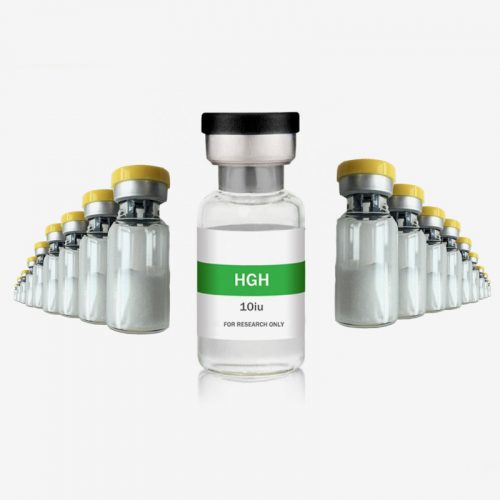 Growth Hormone is usually secreted in rhythmic pulses while you are sleeping, as two peptides, HGHRH and Somatostatin (SST) are alternately released. As you can guess, HGHRH (Growth Hormone Releasing Hormone) is the one responsible for the Release of Growth Hormone (And who said scientists have funny ways for naming things. Growth hormone also has the ability to stimulate the production (or reproduction, in the case of an injury) of cartilage. This, however, requires the presence of a mediator substance, Somatomedin (IGF), which is released from the liver in response to HGH, and the IGF, in turn, actually promotes the growth of cartilage. Although it requires IGF to actually grow new cartilage, HGH is directly able to stimulate the elongation of bone tissue., and HGH has also been shown to elicit a positive effects on erythropoeisis , which is great for both anabolism as well as endurance. Remember the negative feedback loop I always tell you about? Well, of course, your body has one which can stop the secretion of HGH, and it involves IGF. When your liver receives secretes IGF-1, it sends a message to both your Hypothalamus as well as your Pituitary to stop producing HGH. As you have probably guessed by now, your body produces the majority of it´s HGH during your early years, when you are experiencing growth spurts. As you get older, however, you just produce less of this stuff, and its effects are much less pronounced. which

Human growth hormone (Somatotropin) is produced in the body by the pituitary gland. Before this happens, Growth Hormone Releasing Hormone (HGHRH) and Somatostatin (SST) are released by the hypothalamus, and that determines whether more or less HGH is produced by the pituitary.

Many factors influence the release of HGH, however, including nutrition and exercise Once it is released, Human Growth Hormone (HGH), which is also called Somatotropin (STH) has many functions in the human body. HGH is a protein that stimulates the body cells to increase both in size, as well as undergo more rapid cell division than usual. In addition, it enhances the movement of amino acids through cell membranes and also increases the rate at which these cells convert these molecules into proteins. Clearly, you can see that this would amount to an anabolic (muscle building) effect in the human body. HGH also has the ability to cause cells to decrease the normal rate at which they utilize carbohydrates, and simultaneously increase the rate at which they use fats.(1) Fat loss and lean mass increases with HGH have been found at a dose as low as . 0.028 iu/kg/daily for 24 weeks (4), however, in my estimation, that would be insufficient for a bodybuilder trying to gain muscle. Let´s use .028iu/kg as a working number; that´s 2.8iu for a 100kg (220lbs) bodybuilder. That´s certainly not unreasonable, and I would say that that dose to 2x that dose is the range most bodybuilders and athletes are finding their best results with. Also, that length of time used in the study I just mentioned (24 weeks) is very typical of HGH use, and in conversations with my friends who have used this compound, have told me that they experience consistent results starting well after the 2-month-mark, and they tend to either run this stuff for 6 months at a time, or year-round (if they have sufficient funds).

studies have focused on HGH vs. HGH and exercise

without the exercise LBM increases but not usually maximum voluntary strength output. It should also be noted that most athletes utilizing HGH are using it in a “cocktail” with (at least) anabolic steroids, and usually with IGF, thyroid meds, and other goodies such as an Aromatase Inhibitor. Let´s discuss exactly why this is. Most people who are taking the plunge into HGH use have reached a dead end with their use of anabolics, and need to push through that wall. I´m sure you´ve heard about the synergistic combination of using HGH along with Anabolic Steroids, IGF, insulin and T3 (* usually synthroid, a thyroid medication). The reason is that when these hormones are used correctly together, they´ll produce a large amount of synergy, the insulin is able to shuttle nutrients into your muscle, the thyroid hormone increases your fat-burning capability, the IGF will cause muscle growth as well as helping to grow new cartilage (thus preventing injury), and the anabolic steroids like testosterone, specifically (in addition to being anabolic) can increase IGF-1, in muscle tissue, and maybe even increase your body´s ability to use it. Also, usually, an increased amount of IGF usually tells your body to stop producing HGH, but testosterone actually blunts this part of the Negative FeedBack Loop And the addition of an Aromatase Inhibitor will also stop conversion of testosterone into estrogen; estrogen reduces IGF levels.Finally, the HGH does, well everything I just spent the last few pages telling you about! Thus, IGF, Testosterone (and of course other steroids), Insulin, thyroid meds, and HGH will all combine to produce a pretty damned effective fat-burning and muscle building cycle! You know what else? HGH is virtually undetectable on any sort of currently used drug-screening tests.HGH, Insulin, Thyroid meds, and IGF may also be used pretty safely by those who may be subject to drug screening tests, or as a non-HPTA suppressive “bridge” between cycles. Finally, I´ll tell you how I´d take HGH, personally. There was a study done on continuous HGH use vs. every other day injections (ED vs. EOD for the sake of brevity), with a equal total weekly dose. Although it´s counterintuitive, every other day injections produced better total growth in the kids in this (2 and 4 year long) study. Take a look at these graphs: Growth velocity of children treated with alternate day HGH (the darker bars) or with a daily HGH regimen before, during, and 2 yr after stopping therapy. Values are the mean ± SD. *, P < 0.05; **, P < 0.01.(10) Pretreatment and cumulative 4-yr growth velocity of children treated with alternate day HGH ( the darker bars) or with a daily HGH regimen. Values are the mean ± SD. *, P < 0.00 (10) Shooting HGH every other day more accurately replicates the pulsile frequency of HGH, and thus gave better results for growth (height) deficient children, HGH pulsatility is necessary for proper function of the HGH receptor.(10) Dosing in the EOD nature reduces incidence of any sort of withdrawal problems associated with normal HGH use, including regression or retardation of growth after cessation of therapy. Therefore, I feel very comfortable speculating that the use of HGH in this manner, which more closely simulates the natural secretion pattern of it, allows the HGH receptors and the rest of the body to more efficiently recover from it, and this will result in much more muscle growth over time (although height was examined in the previous study). My recommendations therefore are 2 shots per day of .028iu/kg of bodyweight, taken every other day, for a minimum of 3months, and preferably for 2-3x that long, and preferably with the other synergistic compounds we´ve just taken a look at.

The use of HGH

from cadavers was subsequently discontinued. Back then (the 80´s) there was also a fake version of some purple looking HGH going around (it was HCG I believe, mixed with B-12) called “Rhesus Monkey Growth Hormone”, which is pretty funny, looking back on it. To this day, however, if you get fake HGH, it´s still probably HCG, since both come presented as a powder and bacterioistatic water you need to use to reconstitute it (and then it needs to be refrigerated). Even if you are using the non-cadaver-derived stuff (and at this point, I´m 100% sure that there´s none of the old Grorm left on shelves anywhere), it´s possible that you experience some side effects like carpal tunnel syndrome, acromegaly (a thickening or growth of bones, most noticeable in the feet, hands, and forehead), and enlarged organs. Gynocomastia is also possible as a side effect of HGH use, as well as Fluid retention (the later being initially pointed out to me by a female colleague who had a pre-contest bodybuilder using HGH as part of his contest prep). Now for some really interesting stuff: Although HGH can easily produce very nice, high quality weight and muscle gains, it´s a very poor compound for inducing strength gains That´s very counterintuitive, and certainly many strength athletes have experienced great results in strength as well as muscle size and fat loss from HGH. 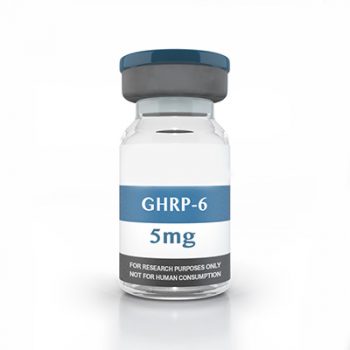 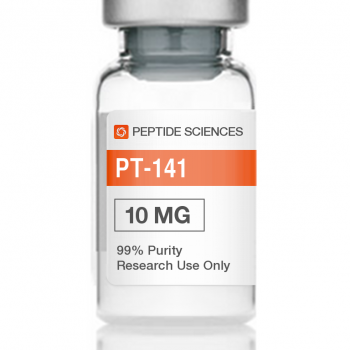 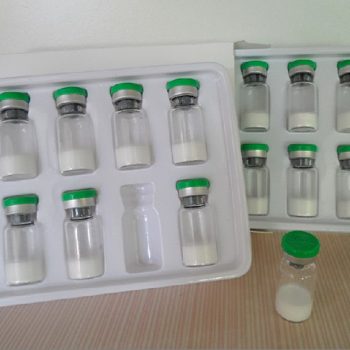 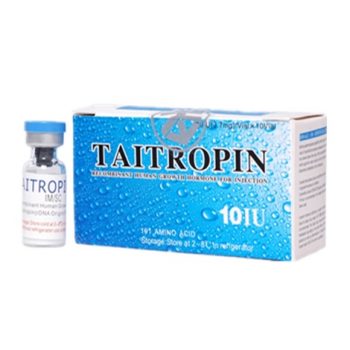 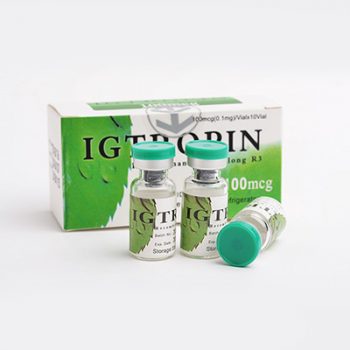 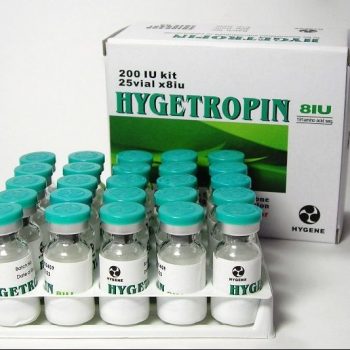